I live near a small river, and there are at least two bald eagles living there. In the first picture, notice how that looks nothing like an eagle! That's because bald eagles don't get their white head and tail until they are five years old. In first and second years, they have mottled brown and white feathers all over their body. In the third year, their plumage is still mottled, but with more white on the head. In the fourth year, they have a solid brown body, but a thick brown stripe behind their eye, making them look a lot like an osprey. The first time I saw an adult bald eagle at the creek, I didn't have my camera! Of all the things! So I actually ran back home to get it, but just as I was coming back, the eagle left. I knew I would probably see him again, I just didn't know when. But I did see him again, this time with my camera. 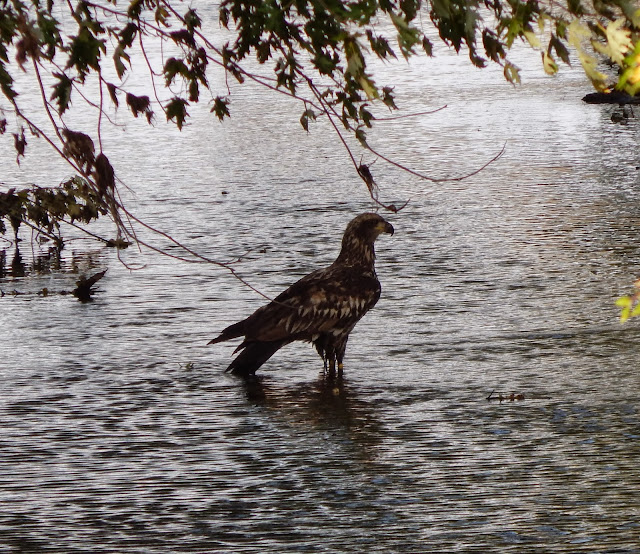 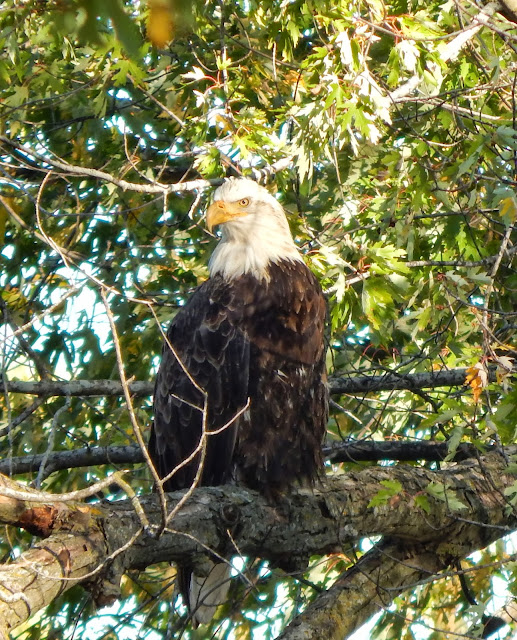 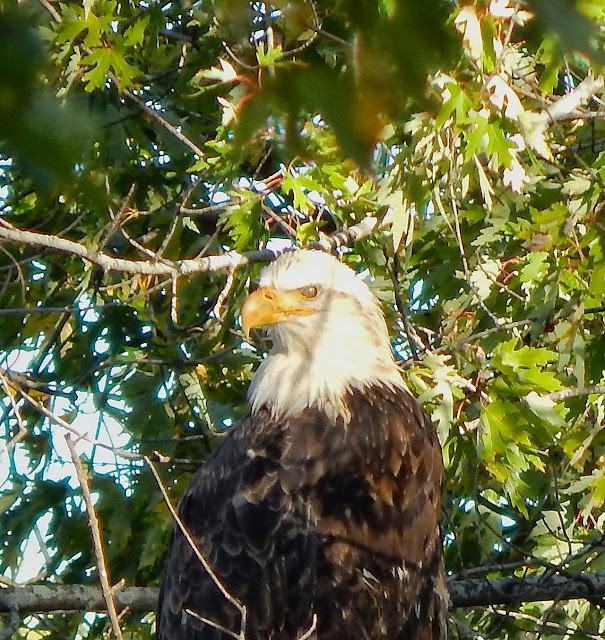 The reason this bald eagle's eye looks so strange is because he is showing his nictitating membrane. It's kind of like a third eyelid that goes sideways over the eye to clear debris from the eye, or to protect it's eye while going underwater. I think most birds have it,  even some animals that aren't birds have it!
Posted by Birdgirl at 2:41 PM